Much has been said by well-informed critics over this piece; played it has been many times along centuries.

When I listen to this execution I find it witty, clean, passionate, classy. The initial notes could have been composed by a cat walking on the keyboard. The piece evolves then in a subtle crochet-work of harmony. There is so much grace and balance in these notes.

This is a graphical rendition of the score – the main theme is represented by red dots, and the patterns are visually easier to spot:

I hope you enjoyed listening to this piece! The links and videos contain links for further listening (like a lively jazz version!).

Today I wish to talk about what I love of Miyazaki’s work, and hopefully transmit some of his passion.

I must say that the first movie I saw (Ponyo) left me quite cold. I tried to follow the plot and was disappointed that it sort of lazily meandered around. I watched some other films from him and then re-watched Ponyo, and only then I was enchanted by the superb drawings, colors, movements, details, music and humour that pervaded the whole movie. I think that I truly appreciated Miyazaki’s movies when I stopped watching them to see what happens, and began to watch them to see how things happen. In this perspective, the movies look incredibly deep, rich, witty, attentive, meaningful and optimistic. I like Miyazaki’s decision to put a lot of details for you to decide which ones to follow, and that satisfies my joy in watching movies many times to spot something new every time.

I recently watched a video of Studio Ghibli’s backstage, when they were producing Spirited Away. I saw him and his team putting an insane amount of work behind every single drawing – but a meaningful work, an incessant exercise of observation and care, that is moreover visible in the final product, and makes these movies so valuable:

One important part of these movies is the music. Most soundtracks have been composed by Joe Hisaishi, who mixes elements of many genres and writes powerful, complex and rich music that perfectly matches the scenes.

Most comments to these videos and this article talk about strong positive emotions that this music evocates. There is a sense of peace, purification, even humanity in these notes, that I feel like a call to become a better person.

I hope I inspired you to watch Miyazaki’s movies, or at least sparked some joy 🙂

I would like to present you a chanson from Clément Janequin, a famous French Renaissance composer. He was one of the first composers who added noises and effects to songs – bird chirps in Le chant des oiseaux; market sellers’ advertising their goods in Les cris de Paris; cannons, trumpets, horses and shouts in La Guerre:

On ChoralWiki you can find the French text and its English translation.

I listened to this piece many times, discovering its many layers: at first I was captivated and amused by the sounds that animate the battle, then amazed by the musical skills of these singers, then by their joy in singing this piece, and then  by the sound of Renaissance French and its nowadays odd pronunciation. It is nice to note that modern Canadian French contains visible traces of Old French – and that makes this song look so unbelievably Canadian to me, especially the last part where the singers shout: Victoire! that they pronounce: Victouére! – it makes me smile, but also think of the centuries that have slowly passed and shaped French language, as a river digs a canyon. I feel connected with the mind of Janequin through the centuries, thanks to the countless people who kept this piece of music alive. Enjoy!

Today I practices on my drum set for about one hour, after a couple of weeks without practice at all. Needless to say, I needed a lot of time to get some suppleness back into my movements. 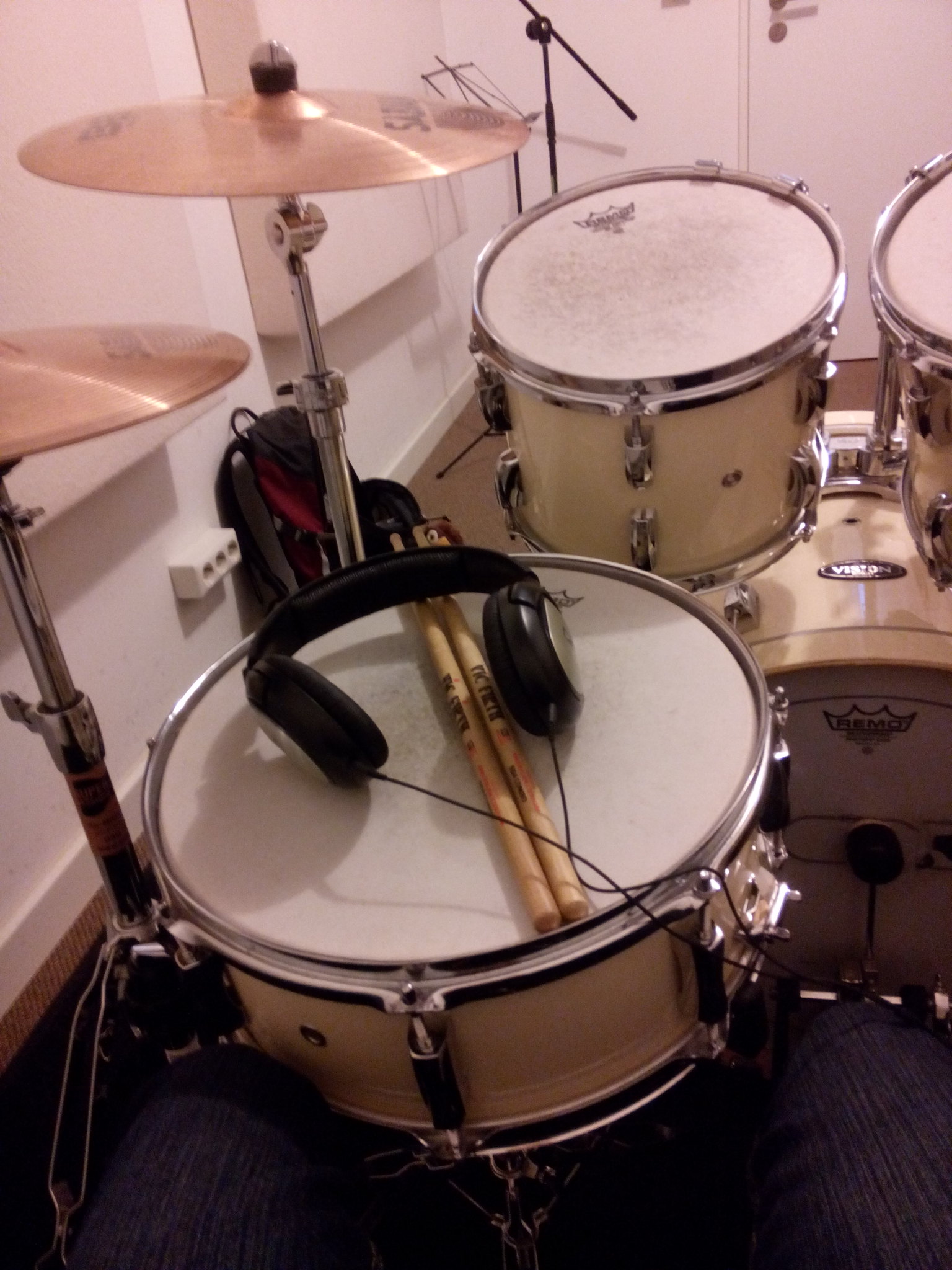 I later felt tired and achy, and I tried to find out how a meager hour of practice could be so tiresome. It could not be because of the type of exercises that I played, nor the sheer force that I used (I am used to play softly). It appears to me that part of the energy had been used to slow down or push forward some movements, in order to play all the notes at the right time. This is especially visible with exercises that make use of all drum set, or fast patterns. This forced control of the body is overall felt as contraction of the muscles. 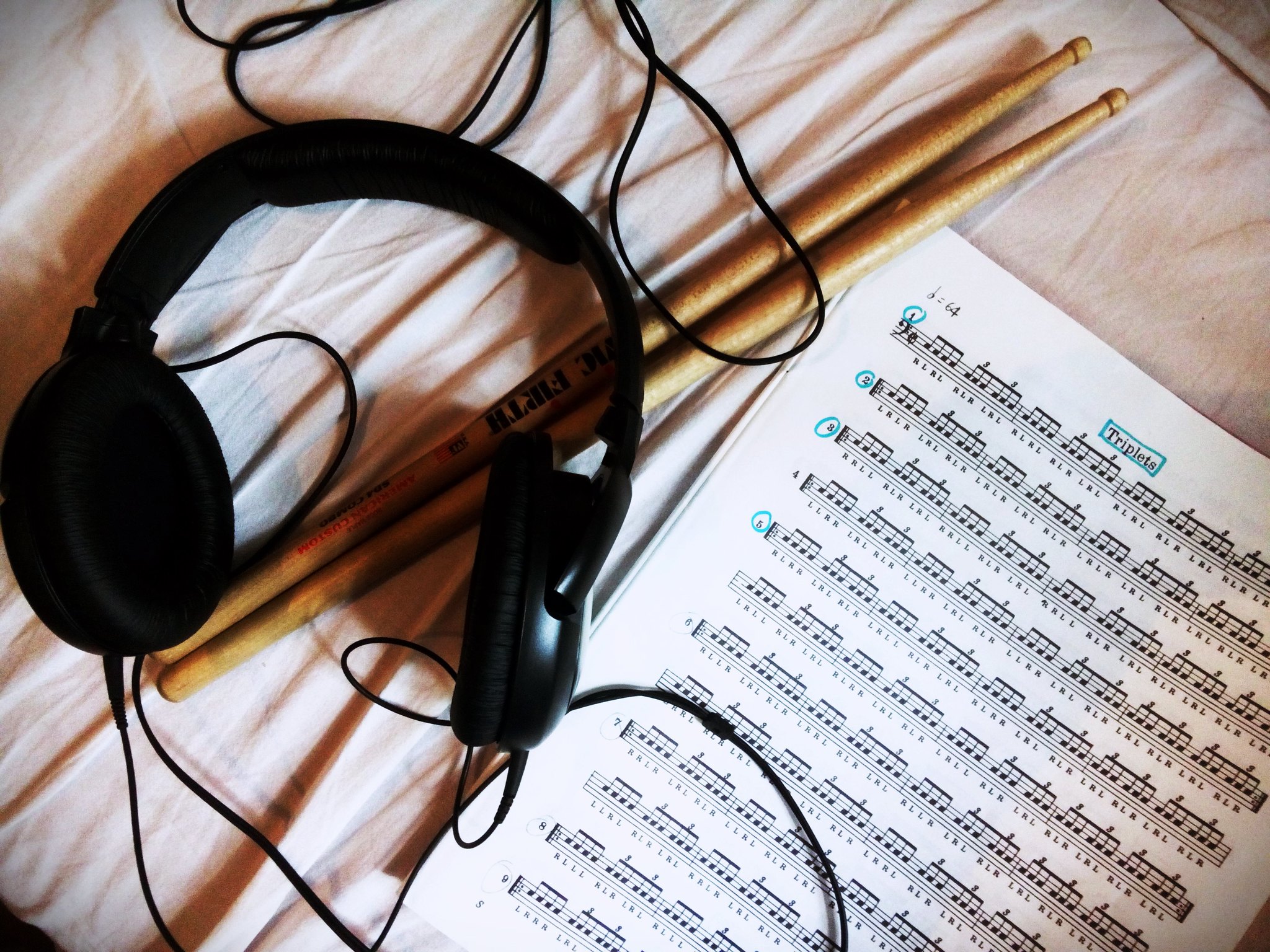 I have the feeling that I will become a better musician when I will be able to transform the energy into useful movements only. There is so much grace to be seen in the movements of an experienced musician, the impression that all that music requires no effort to be created.