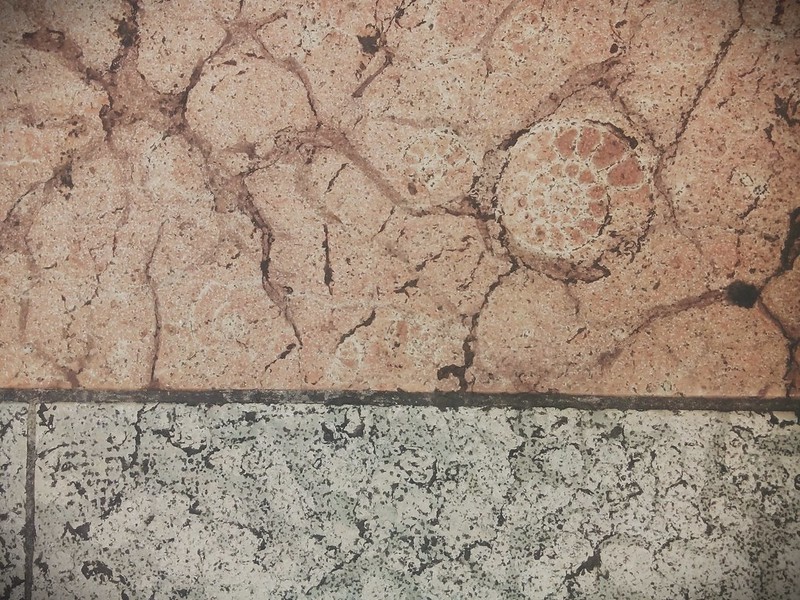 I found a few pictures from our last trip to Trentino and I thought about my strong feeling of belonging to that region. I lived there four years, and left with sorrow, as I quickly grew attached to its landscapes and peculiar history – human and natural, back to the dinosaurs and the ammonites in Trento’s pavements.

Every time I come back there, I feel an increasingly impatient joy when recognising mountain peaks, buildings, landmarks, and finally breathe again the many scents that were so familiar, and the overall freshness of the air. I definitely feel coming back home, then I feel puzzled because my home is currently somewhere else. Are they comparable? Will my current home ever become similarly familiar and yet remote, at the favour of some other corner of the Earth? 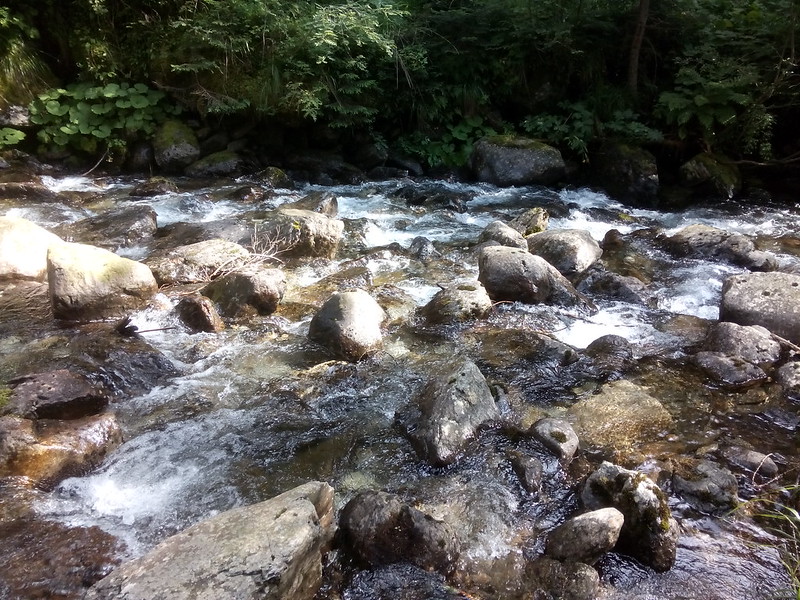 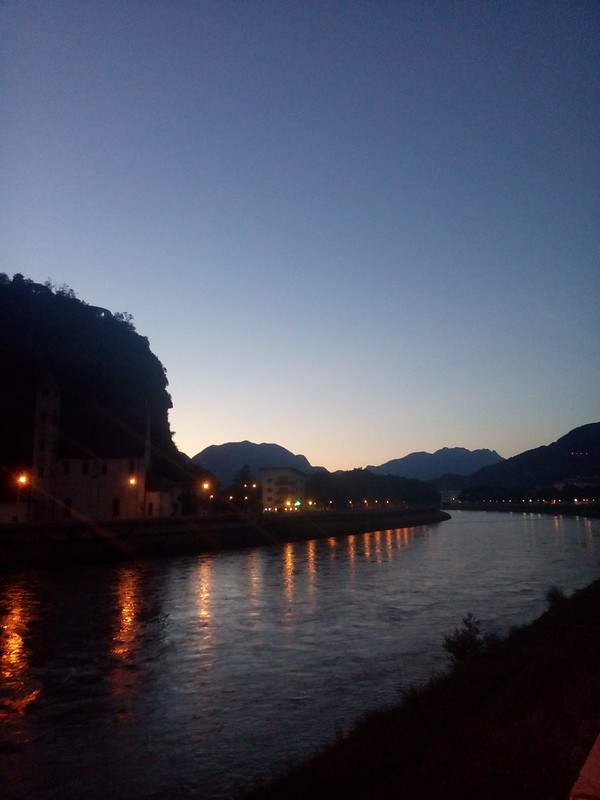 It’s hard to say. When I lived in South Africa I had the same feeling of home. I wonder how I would feel if I travelled back there. 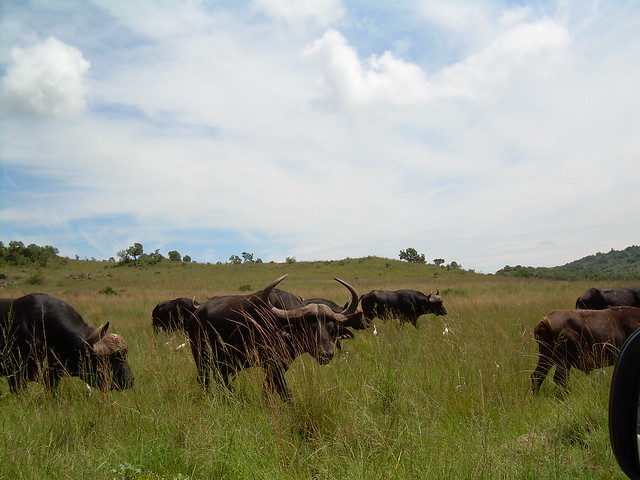 Today I visited a Montessori classroom (around 30 children, 9 to 11 years old) and had the chance to attend a presentation about animal welfare, created by one of the children. First, it was a feast to see how much information she collected, how she organised it into a meaningful sequence, and how she presented, both reading texts written by herself and initiating brief guessing games where all children gladly took part. The presentation lasted almost an hour, and awoke the general curiosity. Many children set precise questions and she answered with sincerity. 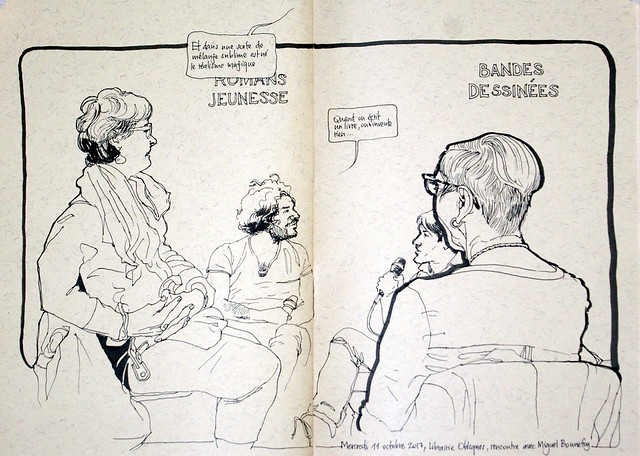 The most touching part for me was the final feedback from most of the people present, both children and adults (the teacher, the girl’s parents and a few guests including me): it felt sincere, accurate, carefully worded and spontaneous. I have read many articles and books about giving feedback and I thought I knew a lot, but was overwhelmed and almost surprised by how experienced everyone acted in that circle. I was equally moved by the quiet joy of the girl answering with a few words to each person, often with a simple, soft “Thank you”. It felt so right! She did a terrific job, put a lot of effort, time and passion into it, presented it to the whole group with an enviable nonchalance, then her classmates gave her positive feedback and a few points to improve: she deserved to be proud for that. It made me think of the times when my parents scolded me for looking too proud when I received compliments, and I am so glad that this girl, and the other children in that group, can practice this healthy feedback exchange from an early age so that it can become a natural, fully functional part of their growth. 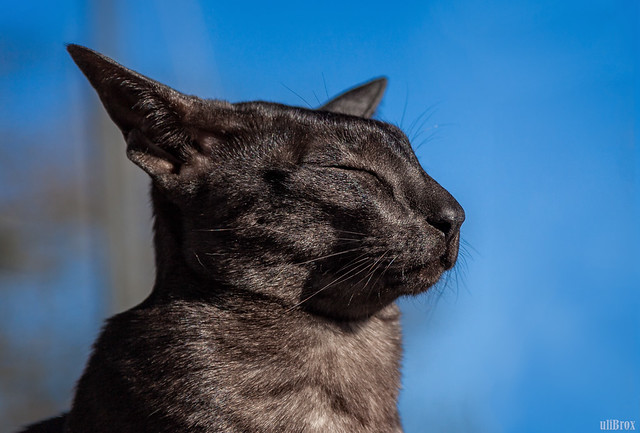 Some time ago in the underground I overheard a conversation between a girl with socks decorated with avocados and a guy with a postage-stamp tattoo. The girl mentioned her German course and he got the idea to improvise a translation quiz. It went approximately like this:

Guy (opening the girl’s notebook with the list of words she learned so far): So, how would you translate “silent”?

They took at least two underground stops to agree on which meaning of “silent” should be translated to German. I had to get out at my stop and I still don’t know if they succeeded 🙂

I am often in similar situations when I have a word in English or Italian in mind, and need to find its German equivalent. Unlike the other languages I know, there is rarely a 1:1 match, and the search for the appropriate translation becomes a quest full of surprises: how many translations are there for Blatt? See this post from Your Daily German! And how many for Anhänger? Check Wiktionary, and find out that it can mean either “trailer”, or “party member”, “fan”, and even “pendant”… And what about Gewalt? It is translated with either “power” or “violence” – I found it dangerously ambiguous at first, but then realised that “Gewalt” then automatically includes the possibility of misuse, which sounds to me a healthy warning sign.

My journey with German is then at the same time a journey of re-discovery of my known languages. I discover how German chooses words according to the functionality, and that apparently distant concepts look suddenly close, like in a perspective trick. French and Italian have less apparent connections among words, also because Latin and Greek roots are much more common and they don’t show their meaning so clearly as German does. As an example, I laughed a lot when I learned that “isosceles” is translated in German as gleichschenkelig – literally “with the same legs”. An isosceles triangle is “same-legged”! Then I checked what “isosceles” means, and it’s the Greek word for precisely “with the same legs”…

I like travelling in the meaning of words across languages. Sometimes I discover different points of view on a given topic, or the effect of a grammar rule that sometimes forces words to get a nuance they won’t get otherwise (I think mostly of grammatical gender). I think I didn’t get that 3D effect when I learned Italian and French, because they are very close, and I learned English mainly by translating 1:1. German doesn’t allow that so easily, and I am glad to be required to change my mindset and expand my views.