I used a recipe from Brotbackbuch n.2, namely Roggenmischbrötchen (mixed rye and wheat flour buns) in order to use a generous amount of my rye sourdough, that was almost dripping out of its container.

I took some time to understand the format of the recipe, but then followed it without issues. I made 8 buns and let them rise under a cloth (a piece of BOMULL fabric by IKEA, that I received as a present from valhalla – actually, as the wrapping of a briaccola): 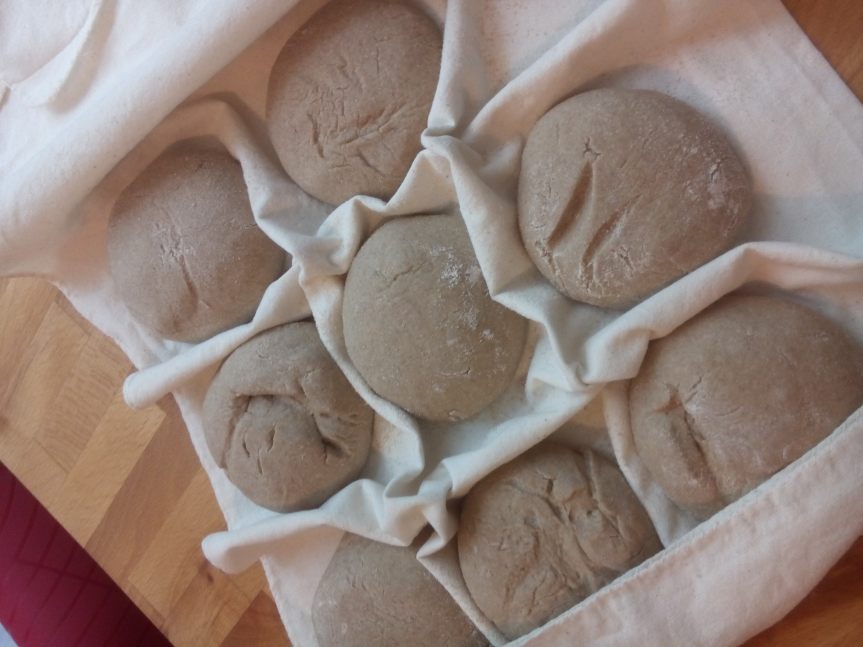 Notice the separation folds: they keep the buns from sticking to each other, and partly decide how large the bun will rise. I put a good amount of flour on the cloth to prevent sticking.

After about an hour of rising, the buns grew twice the initial size, so I preheated the oven and tried a new technique to put them in it, using a half-circular wooden tray that I had from a small electrical pizza oven. It worked like a charm: 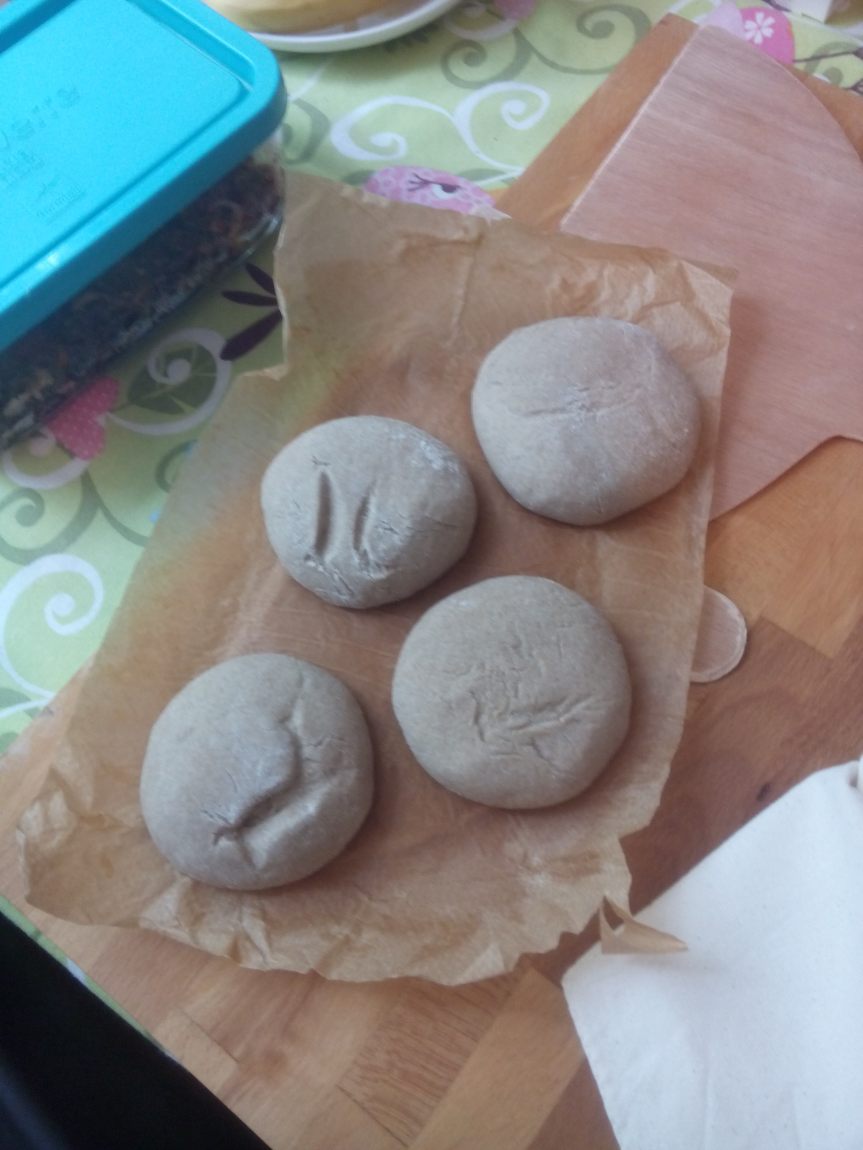 The buns cooked nicely for 20ish minutes, in two batches of 4: 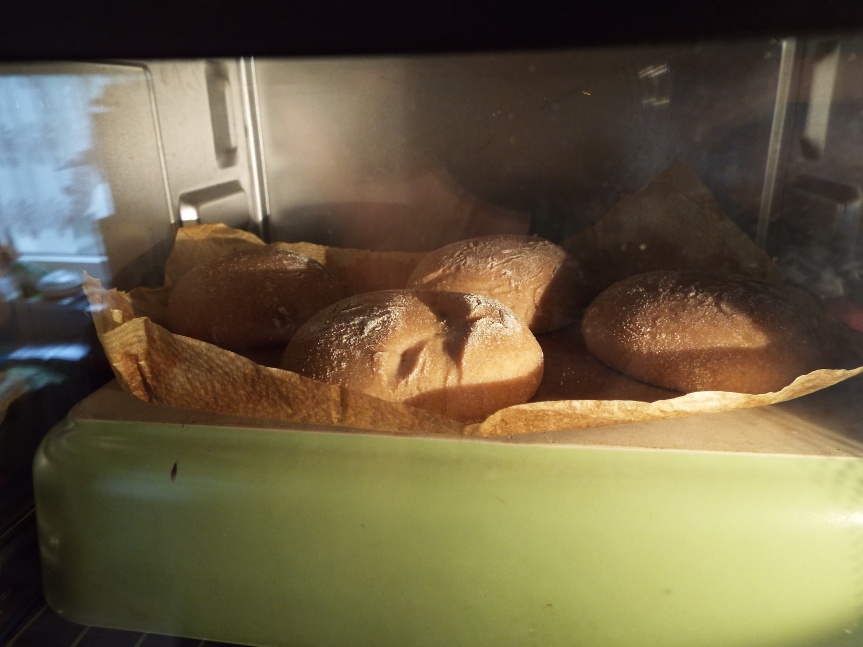 And here they are: 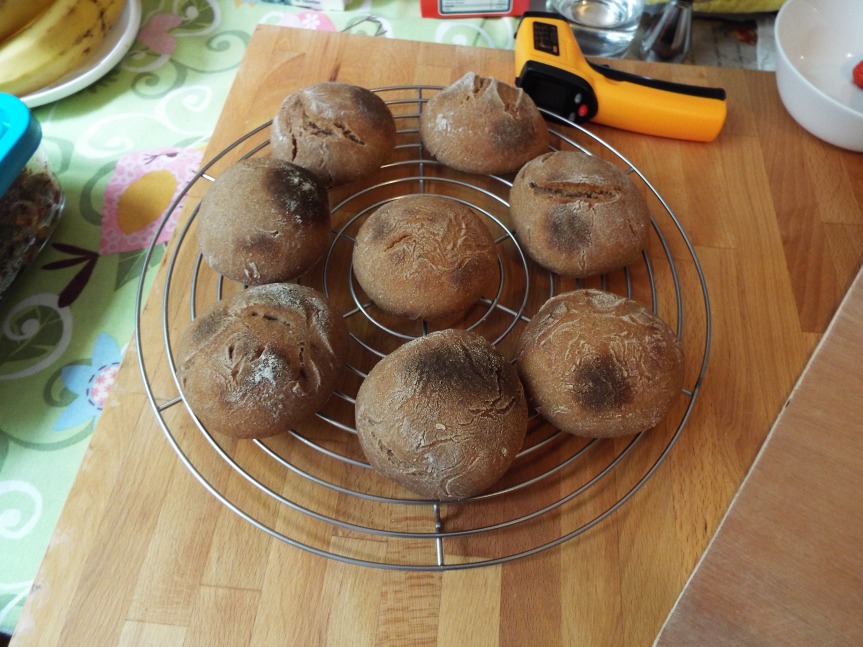 The black and orange tool is a temperature measuring device. It is super useful in the kitchen: I used it to check the temperature of the oven, but I most often use it to measure the temperature of oil in a pan, so that it doesn’t overheat, and is hot enough to start browning onions.

Here is the detail of two crusts: 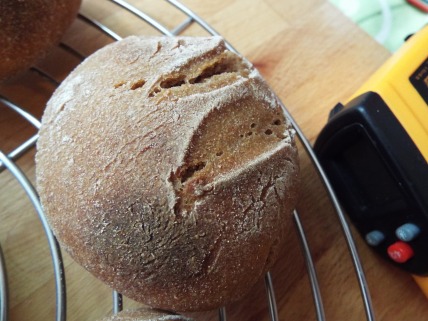 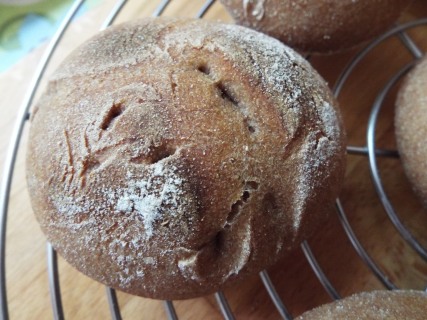 I am going to taste one, as soon as it cools down a bit 🙂

I hope I inspired you to bake your own bread and buns!